Welcome to the inaugural Can Factory ‘Tech Bites’ blog entry. We’re constantly hearing of the latest updates and releases across the tech-world, so we thought we’d collate them all in to a small bite-size entry for your perusal!

The first story we want to cover this week is Google’s intent to remove the full address from the URL bar in Chrome. This move would mean that only the domain, e.g. canfactory.com would show. Their reasoning behind the change is to conduct research as to whether a simplified URL helps users to identify malicious websites and phishers more easily. It is important to note that there will be an opt-out option included, which Google plans to support indefinitely. This setting is already present on Google Chrome, although you may need to fiddle with your browser settings to get it to appear! 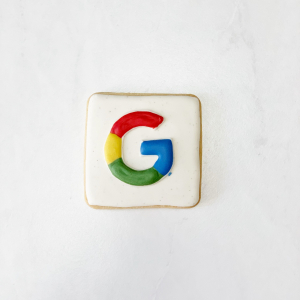 Keeping with the Google Chrome theme, up next is an experiment carried out by DebugBear investigating how the top 1000 Chrome extensions effect performance. The test considered Page CPU time, rendering delays, background CPU time and finally browser memory consumption.

There were some extensions that seemed to increase memory usage and rendering time, such as Grammarly and Evernote Web Clipper – albeit by milliseconds. The consensus seems to be that the vast majority of users won’t be affected by the increased loading times, as they are so minuscule.

Ad blockers were put in a more positive light, as they seemed to actually reduce page rendering times and save CPU rendering times on the page. This is slightly offset by the increased background CPU usage. However, using ad blockers resulted in a net positive for both load times and overall memory usage.

Up next we have an article from Can Factory favourite, Brian Krebs. One of the leading investigative reporters in the cyber security sphere, Brian has been involved in breaking multiple stories of note. You can read more about that on his blog.

In a recent post he urged people to enable Multi-Factor authentication on their accounts where possible, before malicious actors do it for them! Cyber crooks are now using this security feature to tie accounts to their own devices after they have been hacked.

Last week also saw the release of the Bootstrap 5 Alpha. For those not in the know, Bootstrap is a CSS Framework for developing responsive and mobile-first websites.

Perhaps the most notable change with Bootstrap 5, is that in no longer relies on jQuery which should speed up page load times and decrease memory consumption. Internet Explorer is no longer supported which in turn allows for CSS custom properties. Other features include updated forms, an enhanced grid system and RTL (right-to-left) support on the way!

We hope you’ve enjoyed the first Tech Bites blog! If you have any feedback, feel free to comment below! 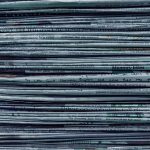