Can Factory built a scalable, high-performance e-commerce platform capable of live-authorizing hundreds of thousands of transactions arriving through the Internet, digital satellite TV and call centers.  The system isolates payments from loss of database access or connectivity issues with the banks’ systems to ensure a seamless donation experience for the end user.

Oracle presents Innovation Awards to partners and helps winners to grow their business.  “The Lisbon Agenda1 has identified innovation as one of the driving forces that will help the European economy to grow and remain competitive as it moves further into the post-industrial era.  Oracle is supporting the Lisbon Agenda by fostering, recognizing and rewarding innovation among its European partner base.”

1Development plan devised 2000, for economy of European Union to “make Europe, by 2010, the most competitive and the most dynamic knowledge-based economy in the world.” 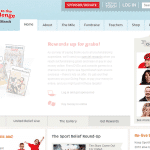 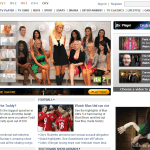