Initially we recommended a streamlined site to allow for the 2009 UK marketplace’s sluggish mobile connectivity and low levels of smartphone adoption.

In August 2009 the site launched focusing on putting key cinema, film and performance information into the user’s mobile device in a format that could be downloaded quickly and navigated easily. Most importantly the solution had to ensure that customers could book as easily as possible on a wide variety of mobile device platforms. The solution also took advantage of the fledgling location browser support available at the time to dynamically display more relevant results to users.

Can Factory’s solution proved to be a huge success, helping Cineworld to drive a significant increase in traffic and mobile web sales. New Media Age, reviewing Can Factory’s original mobile application for Cineworld Cinemas, summed it up as “a slick, fit-for-purpose site that understands its audience.”

In 2010 Vanita Tanna, Head of Information Architects and User Experience at Agency Republic, described the site structure as a “well-considered user journey” with a “solid information hierarchy,” including “cinemas all over the UK, a week’s worth of films for each, times, maps and directions are all easy to find.”

“Once I find a film, I can securely buy tickets,” and a “clear, stepped payment process,” accompanied by “tips, opportunities to change my mind and a clear order confirmation” all contributed to “a smooth experience.”

Pointing out on the usefulness of the Share My Location button, “which shows what’s screening around me,” Ms Tanna described the “friendly, informative messaging and consistent tone,” and approved the choice to dispense with ads and huge visuals in this “accessible mobile version” of the Cineworld Cinemas site.

The site proved such a success1 that it wasn’t until 2013 that the Cineworld eCommerce team decided it was time to give the mobile website a refresh. Improvements to smartphone market penetration, the capability of the mobile devices available and consumer mobile bandwidth speeds resulted in  significant increases to usage2, which provided a strong rationale for a major Cineworld mobile website update.

In June 2013, IMRG chief information officer Tina Spooner said: “Mobile commerce continues to record triple-digit growth and now accounts for 20% of the UK online retail market, having grown from less than 1% in 2010. Mobile visits to e-retail sites now account for almost one in three online retail visits in the UK which reflects a changing attitude among consumers.”

The benefits of implementing a responsive mobile website were considered – for example, the maintenance of a single set of templates. However, the decision was taken to develop a site that could be explicitly customised for specific mobile user journeys.

Expanding on the basic mobile site, Can Factory worked with Cineworld’s eCommerce team throughout 2013 to redesign the solution to encompass a wider breadth of content, until eventually every page on the site had a dedicated mobile template. This development also coincided with the introduction of eTicket support, which further improved booking conversion for customers trying to bust the queue during peak times.

As improved mobile devices and connectivity continue to put more power in the hands of users, the Cineworld site will need to continue to grow to cope with perpetually increasing demand driven by customers who are becoming increasingly comfortable purchasing when they’re on the move. 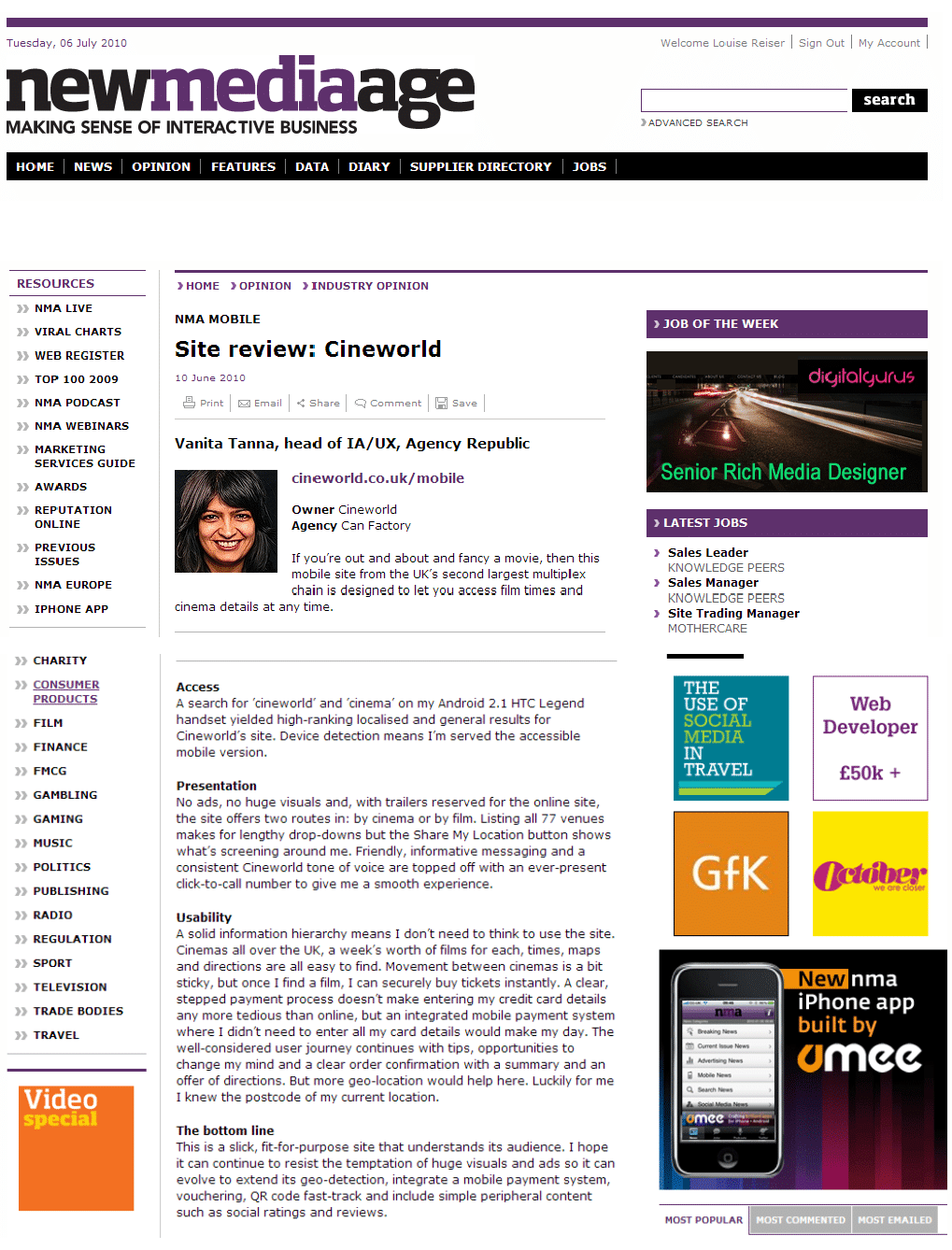 Everyman Cinemas and Can Factory team up to create iOS app!

Cineworld, Development, iOS, Our News
cineworld
Pages
Recent Posts
SEARCH
Having trouble finding what you're looking for?
© 2022 CAN FACTORY. ALL RIGHTS RESERVED.